When the Road 34 was rerouted outside Borensberg in 1993, an aqueduct, where the Göta Canal pass over the road, was built.

To start the work on the aqueduct, the canal first had to be drained and after that 25 000 cubic meters of rubble was removed from the sides and bottom of the canal.

Instead of building the aqueduct on the location, it was transported ready-built by boat to Kungs Norrby. It weighed 4,500 tons and was moved a distance of 70 metres on land. After lifting the aqueduct on twelve jacking points, four horizontal jacks were used to push it forward. The 47-metre long and 18-metre wide structure was moved at a pace of three metres an hour until it was finally in place. 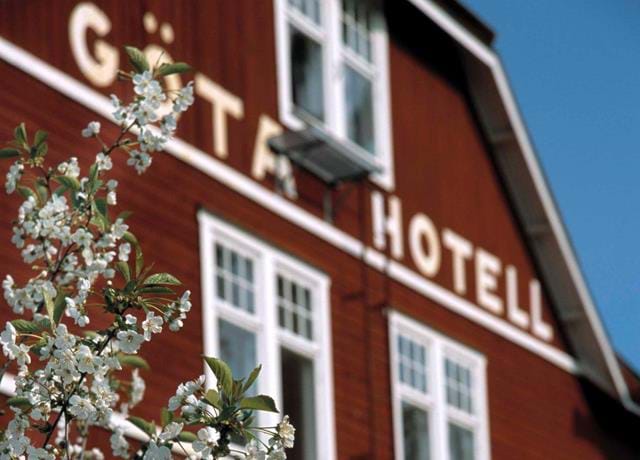 Göta Hotell - a small charming hotel built in 1908 - with its stunning location between Motala Ström and Göta Kanal i...
We recommend 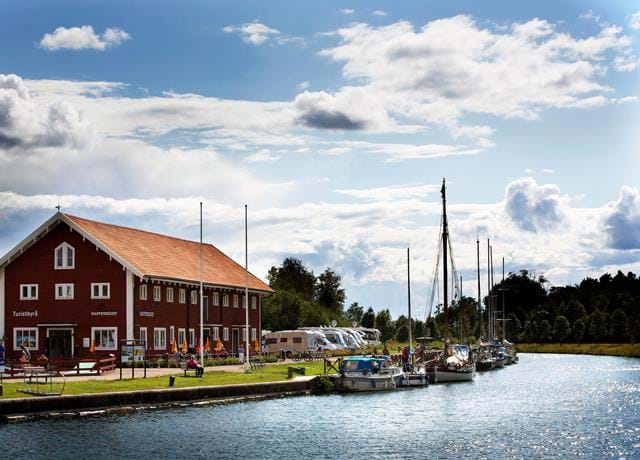 Welcome to a retrocafé at Göta Canal in Borensberg. Kaffeteriet serves a nice cup of coffee and tea with something ...
{{favourites.count()}} Favourites