Sjötorp sluss 1 is sometimes called the lake lock as it is the first or last lock between Lake Vänern and Göta Canal.

Boats arriving here from Vänern can get help with the lines by the lock keeper. Because of the high quays outside the slope, it is not possible to land a person. In all other locks, it is the boatmaster's responsibility to handle the tanks.

Technical facts: A single lock with a rise of 2.9 metres.

Formal name: The Constitution. The name comes from the new form of government adopted after Gustav IV Adolf has been ruled out of the throne.

History of the lock

The canal builders encountered severe difficulties here on the shores of Lake Vänern. The basin behind the retaining wall leaked, storms caused flooding and several vessels foundered. During the winter of 1994-1995, the old jetty and breakwaters were repaired using the same methods as in von Platen’s time. 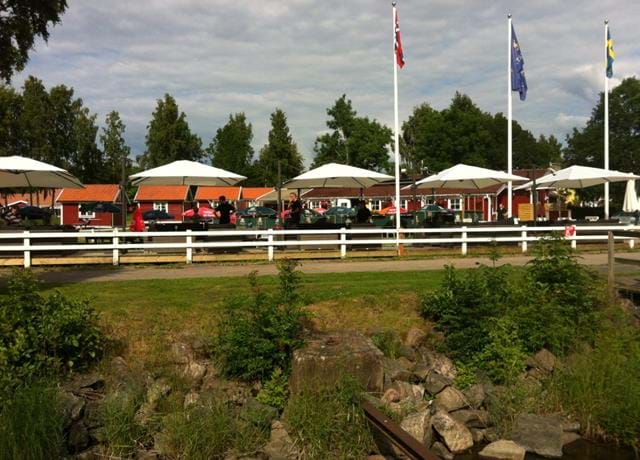 Restaurant KanalKrogen i Sjötorp has a lot to offer. It is a nice place to visit if you want to eat, drink, or have a...
We recommend 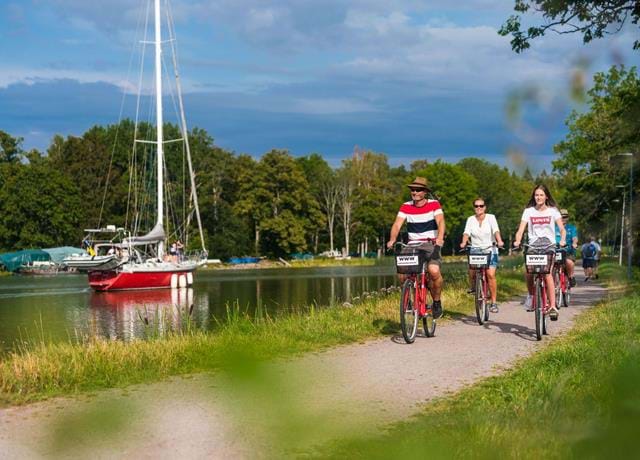 Bicycle along the Göta Canal, Sjötorp

Spend a day riding a bike along the Göta Canal. Sjötorp has a giant bike-rental shop with adult and kids’ bikes, bike...
{{favourites.count()}} Favourites