The three connected locks in Riksberg have a total rise of 7.5 metres. This makes them the steepest rise on the entire western section of the canal.

The flight of locks at Riksberg is named after Baltzar von Platen, Cabinet Minister, Naval officer and creator of the Göta Canal. He was born in 1966 on Dornhoff estate in what was then part of Swedish Pomerania. During his career at sea, von Platen was captured by the Russians and held prisoner for two years. At the age of 34, von Platen retired from the Navy with the rank and dignity of colonel. Instead of sailing the seven seas, he wanted to build a waterway through Sweden. Although his plan was eventually fulfilled, he did not live to see the inauguration of the canal. On 6 December 1929, he died in office as Governor of Norway three years before work on the Göta Canal was finished. 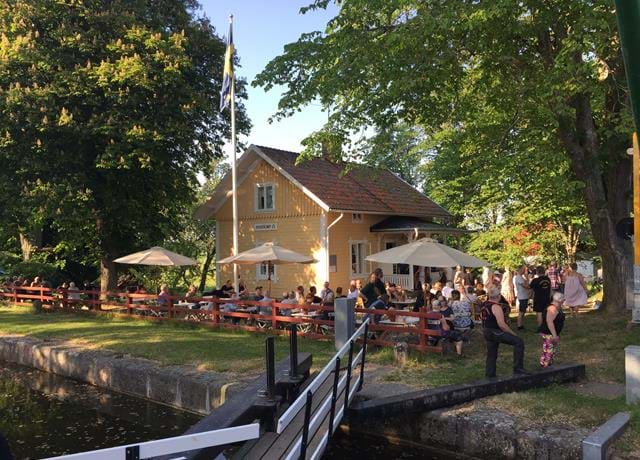 Café at the locks in Hajstorp, Gota Canal. Wellknown for the very good coffebreads and sandwiches. Nearproduced, or...
{{favourites.count()}} Favourites