As the name indicates, there was once a water mill at Norrkvarn. It is known that it existed here as early as 1401. The building still remaining was built in 1927, but the operation was dropped in the mid 1960s.

The bridge located at the upper Norrkvarn is a modern roller bridge. The old was assembled in 1956.

Here, a large workstation was placed under the canal building time. Between the years 1810 and 1824, almost 300 soldiers lived and worked in the Norrkvarn area. A small community with housing barracks, cookhouses, smithies and stables grew up.

Anyone who wishes can walk a 500m long cultural trail that tells most of the canal's building time. In addition, there is an exhibition to view in the old limestone booth.

Technical facts: This is a single lock with a rise of 2.9 metres.

At this lock, a stream named Torvedsbäcken passes beneath the canal in a culvert with four arches clad with dressed stone. The stretch next to the lock is not excavated but built on an embankment. The bottom of the canal is therefore 2.5 metres above the original ground level.

Technical facts: This is a single lock with a rise of 2.9 metres. 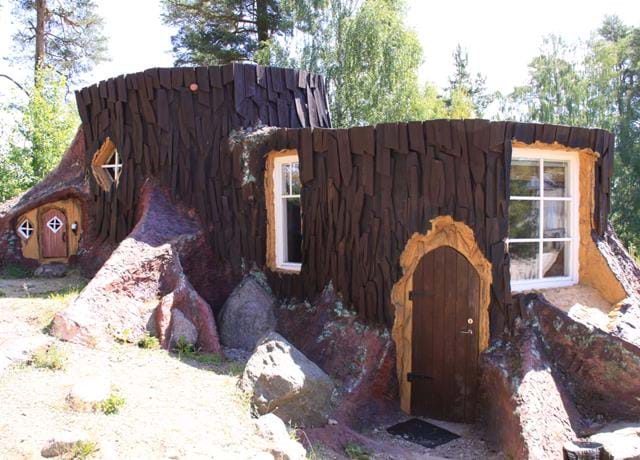 Adventurous holiday living for families with children, wedding couples or for whoever wishes to try something differe...
We recommend

In Norrqvarn, about 20 km north of Mariestad there is a wonderful leisure resort especially suitable for families wit...
{{favourites.count()}} Favourites